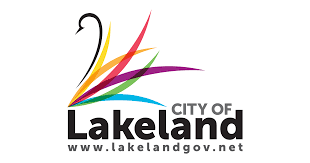 LAKELAND, FL (December 28, 2021) - Lakeland Electric General Manager Joel Ivy has accepted a position with Lubbock Power & Light (LP&L). Ivy will oversee the Texas municipal utility after their current Director, David McCalla announced his retirement earlier this year.  LP&L is considering entering the competitive retail electricity market. Ivy has experience with both municipal utilities and competitive retail markets. LP&L conducted a national search as part of the process in finding a new director.  A final vote on the offer of employment for Ivy is scheduled for December 29th in front of the Lubbock City Council. After the formal approval by the Lubbock City Council, Ivy is expected to report to LP&L early May 2022 with his last day at Lakeland Electric taking place April 2022.

City Manager Shawn Sherrouse said, “Joel Ivy has taken Lakeland Electric to the next level and has positioned our municipal electric utility for a stronger and more sustainable future.

Because of his leadership, Joel is leaving Lakeland Electric more cost-effective, efficient, reliable, and resilient.  While I am saddened to accept his resignation, I do understand his desire to move closer to his Texas family.  His Lakeland co-workers and friends, including myself, are extremely grateful for his, and his wife Penny’s, contributions to our community.  I wish them both nothing but the best and know that Joel’s next professional endeavor will be just as successful as his tenure here at Lakeland Electric.”

Ivy was hired as the General Manager for Lakeland Electric on July 30, 2012.  He has currently served in that position for over nine years.  During his tenure at Lakeland Electric, Ivy concentrated efforts to strengthen the utility’s financial position, improve credit ratings and enhance the customer experience. He also worked to increase renewable solar facilities into the energy mix at Lakeland Electric. Ivy and his team have been instrumental in developing a robust outage notification system, taking Lakeland Electric forward with the decommissioning of Unit 3, the aging coal fire generator, and securing future generation for the utility.

Ivy said, “The decision to leave Lakeland Electric is very hard and is significantly based on being closer to my family, kids and grandchildren who all live in Texas.  Why else would I leave the best job I’ve ever had?  I believe Lakeland Electric is in a positive position to achieve great things.” He continues, “I vowed to leave the utility better than I found it, and I know this is the case. I will truly miss my co-workers, friends and the Lakeland community.”